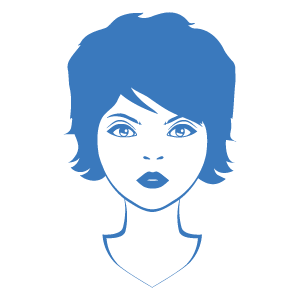 Raising a teenager is more difficult than I had ever imagined it would be. What had made it more difficult is the fact that my husband and I had separated and were contemplating getting a divorce. You know, teenagers are hormonal and emotional enough without parents throwing a wrench into their daily lives. Instead of giving up on our family, we all started going to a family therapist to get some help. It has helped us all a lot because we have learned how to talk to each other and discuss the problems that we had rather than screaming and not dealing with any of the issues at hand.

Children can be traumatized in a long list of ways, from seemingly innocent things such as seeing violence on TV and being teased to more serious examples such as overt abuse and neglect. While some parents and family situations lead to a child's trauma, there may be times that your child has been through something and you're not aware of what happens. Unfortunately, the child won't always opt to tell you about what he or she has endured, and issues may arise. In school-aged children, you may find out about some problems at school that could suggest your child needs emotional counseling. Here are some examples.

Acting In a Reserved Manner

Children react to trauma in different ways, including going inward to the point at which the teacher notices. Perhaps your child is highly reserved, sitting alone in class and spending recess by himself or herself, failing to speak when called on by the teacher, and other similar issues. In some cases, the teacher will speak to the child after class in an attempt to discover what is going on or may refer the child to a school counselor. You'll commonly get a call to indicate that this issue is present.

Inappropriate behavior among schoolchildren can take several forms, and it's common for those who have been through trauma to behave in an inappropriate manner. Sometimes, a child's behavior will mimic the trauma that he or she has endured. For example, a child who has been the victim of violence may lash out violently at classmates, potentially causing injuries. Or, a child who has been touched sexually by an adult may seek to replicate this behavior on other children.

Many children go through periods of being angry, but a child who has endured trauma may show signs of being angrier than normal. This child could get into fights at recess and even show signs of verbal hostility to his or her teachers and other authority figures at the school. For example, a child on a school sports team could be upset at getting a penalty or losing a game, and destroy some equipment or even some school property as a way of lashing out. If any of these issues are evident in your child, find a therapist who specializes in childhood emotional trauma. In many cases, the child's pediatrician will be able to provide you with the name of the right therapist.